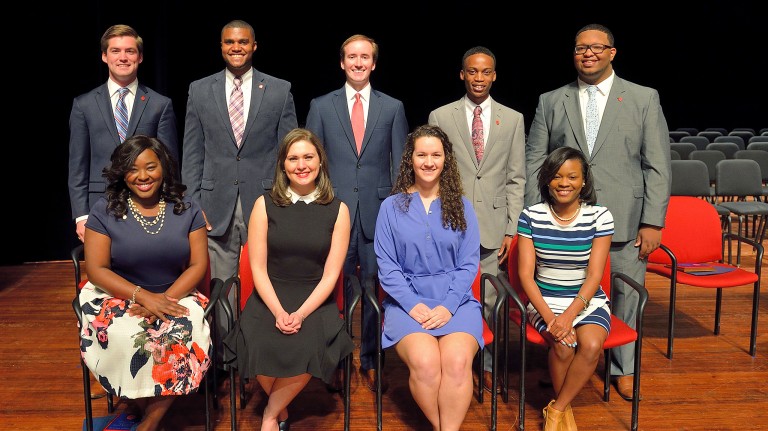 Ten University of Mississippi seniors have earned membership in the school’s 2015-2016 Hall of Fame, one of the university’s highest honors.

The Hall of Fame inductees were honored Friday (March 4) in a ceremony at the Gertrude C. Ford Center for the Performing Arts. Recipients are chosen by a committee in accordance with ASB policy, with selections based on a student’s academic achievement, community service and potential for future success. 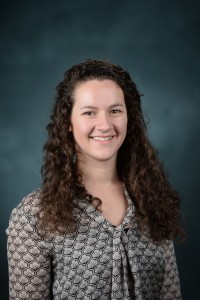 “We commend these outstanding students for their impressive accomplishments both in and out of the classroom,” said Morris Stocks, provost and executive vice chancellor. “We anticipate great successes for these young men and women, both professionally and academically. We also know that our Hall of Famers will contribute to the betterment of society.”

The 10 students, along with 150 other UM seniors, were also recognized for inclusion in Who’s Who Among Students in American Universities and Colleges. They are to be listed in the national publication’s 2016 edition.

Maia Cotelo has a triple major in international studies, economics and mathematics. She is a member of the Sally McDonnell Barksdale Honors College and a Trent Lott Leadership scholar. A founding member of the RebelTHON dance marathon, she was the event’s 2016 executive director. She received the World Cup Initiative Grant and was the Portuguese Outstanding Student of the year from 2013 to 2015. She is a member of Phi Beta Kappa, Phi Kappa Phi and Omicron Delta Kappa honor societies. She is also on Mortar Board and is recipient of a Taylor Medal, the university’s highest academic award. After graduation, Cotelo plans to take a year to travel and then pursue a career in the nonprofit sector. She is the daughter of Enrique and Irene Cotelo of Oxford.