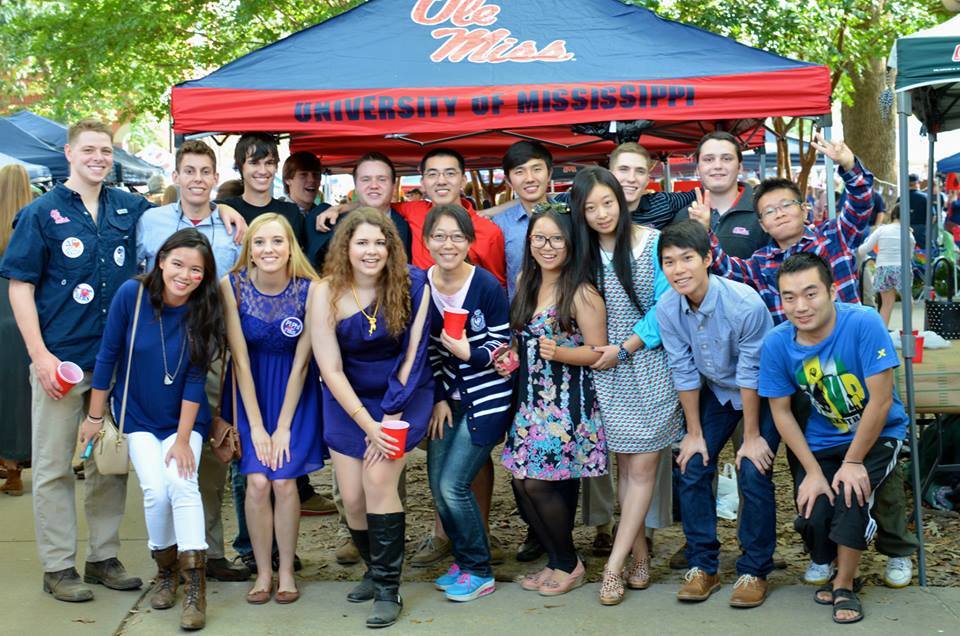 A University of Mississippi student-led organization that strives to improve Sino-American relations was awarded the most outstanding chapter of its kind at Yale University’s Global China Connection World Fair.

The university’s Global China Connection chapter was named the best at the conference, where the quality of 60 active chapters from top-tier universities around the world was evaluated. The UM group bested University of Pennsylvania’s chapter, which placed second, and New York University’s, at third.

“We’ve been holding events on campus to try to foster friendships between Chinese students, whether they be Chinese-Americans or Chinese foreign exchange students, and American students,” said Will Foley, a senior computer science and linguistics major from Petal. “Some of the main things we’ve done are tents in the Grove with Chinese cuisines and had get-togethers, but we’ve also had meetings and more formal gatherings, too. We want to build friendships, but we also want to raise awareness about issues critical to Sino-American relations.”

Foley, also a member of the Sally McDonnell Barksdale Honors College, helped found the chapter here two years ago with fellow student Frank Anderson. The group has about 25 students involved and focuses mainly on fellowship and discussions about issues affecting relationships between China and the United States. Foley said he expects the group’s efforts to expand as the chapter grows stronger in coming years.

The chapter has worked hard to foster good relationships between Chinese and American students, said Johnathan Larkin, a junior economics and liberal studies major from St. Louis who is also in the Honors College. The interactions provide an invaluable opportunity for genuine connections, which helps promote greater understanding about the two cultures.

“These relationships on campus are especially important to me because they provide a real experience that you can’t get through a book, online article or history professor,” Larkin said. “That’s the game changer in my mind.”

Mark Chen, chair and professor of public policy leadership, works with the student organization and said the group is very deserving of the award.

“The success of UM chapter as one of the newest chapters of Global China Connection could be attributed to the leadership of the UM chapter, teamwork and their care about the future of the world,” Chen said. “Our UM chapter students surely understand that future starts today with them and it is important for them to connect and network in a communication age and global society.”