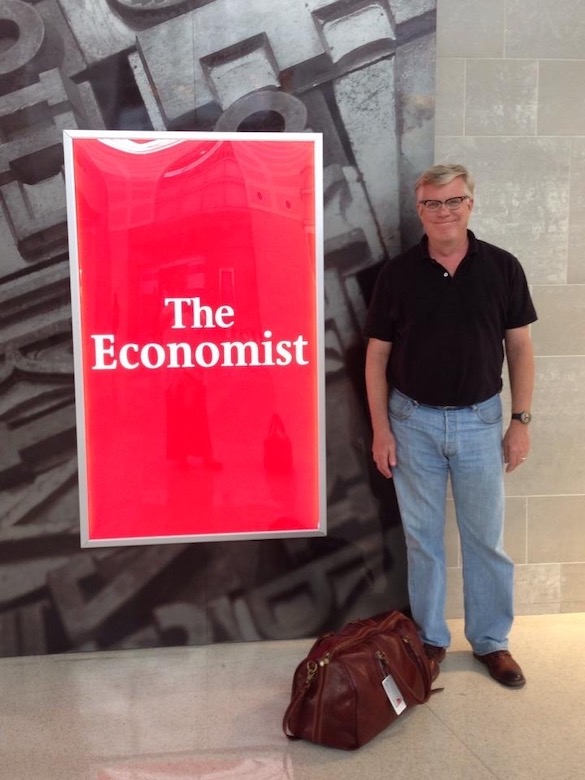 UM economics professor Jon Moen plans to present his work on the causes of the Panic of 1907 for the first time at the 2020 Annual Conference of the Economic History Society. Pictured here at the Detroit airport. Submitted photo

To truly understand the inner workings of Wall Street, look to the fundamentals of human nature, a University of Mississippi economist advises.

“Just because the tech is more advanced now doesn’t mean that the people are more advanced,” said Jon Moen, UM chair and professor of economics, who worked as an economist for several years at the Federal Reserve Bank of Atlanta before coming to UM.

“People still have the same self-interest they’ve always had and that will always color the decisions they make.”

Moen brings home this point in a new study, “How J.P. Morgan Picked the Winners and Losers in the Panic of 1907: Resolving Adverse Selection and Restoring Surplus to a Frozen Deposit Market.”

The paper – cowritten with Mary Tone Rodgers, a professor of finance at the State University of New York at Oswego and an expert in risk management – advances understanding of the Panic of 1907, a critical juncture in the economic and financial history of the United States.

Moen plans to present his work for the first time at the 2020 Annual Conference of the Economic History Society, slated for April 17-19 at St. Catherine’s College at Oxford University.

Focusing on a pivotal 18 days during the nearly three-month panic, Moen zeroes in on the animosity that industrial titan J.P. Morgan had for a former business partner, Charles Barney, president of the Knickerbocker Trust Co. Morgan’s enmity intensified the circumstances leading to the Panic of 1907, the first worldwide financial crisis of the 20th century.

Morgan, creator of U.S. Steel, was the “de facto central banker during this time in the United States, before the government created an actual central bank, the Federal Reserve, in 1914,” Moen said. “Barney backed out of a deal they had together, and Morgan never forgot.”

When Knickerbocker began to struggle in the fall of 1907, Morgan refused to meet with Barney and give his trust company an influx of cash.

“Morgan’s refusal sent a signal to other banks,” Moen said. “He placed his seal of disapproval on Knickerbocker, so it was forced to suspend operations.

“That triggered a contagion that threatened to bring down other trust companies. Morgan almost froze the market because he distrusted Barney.”

At the onset of the panic, the New York Stock Exchange fell almost 50 percent. 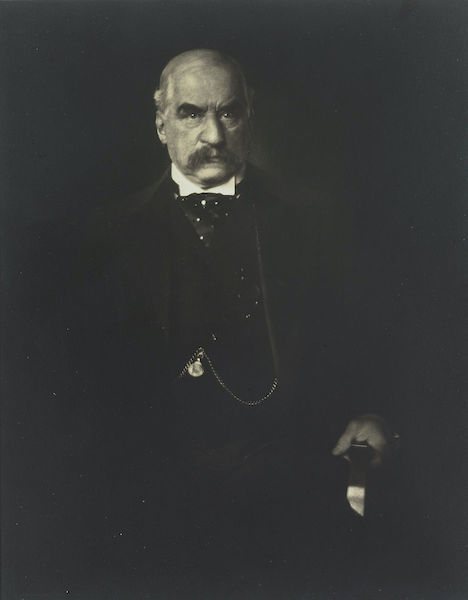 When Morgan realized the upshot of his animus, he reversed course and collaborated with other finance leaders to arrange for what was essentially a government bailout of a more established trust company, the Trust Company of America.

This ultimately stopped the domino effect of trust company failures and saved the New York Stock Exchange from collapse.

Morgan’s willingness to collaborate not only proved instrumental in salvaging the New York money market; it also laid the groundwork for what was hoped to be a more stable banking system: the Federal Reserve System.

In his study, Moen writes, “The lesson we draw for present day policy formation is that the individuals responsible for crisis resolution will bring to the table a uniquely personal (and unpredictable) approach that will influence the crisis resolution.”

To underscore the universality of his conclusions, Moen points to a more recent grudge match that sent financial markets tumbling in 2008: the bad blood between Henry Paulson, then-secretary of the Treasury, and Richard Fuld, chairman and CEO of the venerable investment bank Lehman Brothers.

“When Lehman needed a cash influx, it turned to the U.S. Treasury and the Federal Reserve, which, unfortunately, turned Lehman down – although they did rescue other investment banks. Paulson’s influence on the Lehman decision cannot be dismissed.”

Whether Moen’s historical analysis will nudge decision makers toward greater rationality remains to be seen.

“People who are managing a (financial or economic) crisis are not immune from personal motivations,” Moen said. “Sometimes the people in charge don’t know at first that their personal motivations and past experiences might not be compatible with what is best for the greater good.”